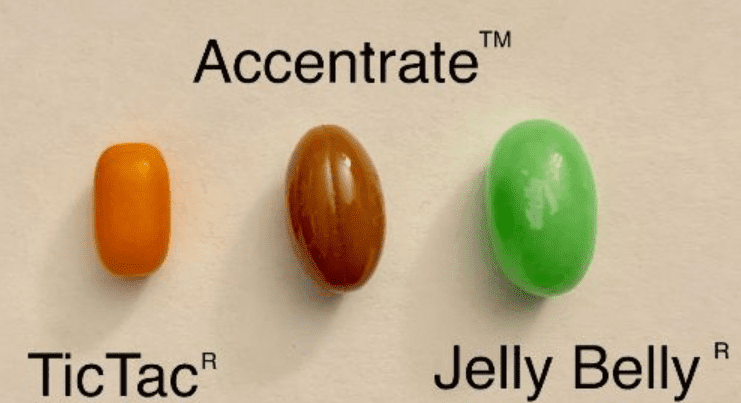 Accentrate Compared to a Tic Tac and Jelly Belly

Other companies are trying to market themselves as alternatives to Vayarin. One such company is Cooper Complete Nutritional Supplements. Their Cooper Complete® Advanced Omega-3 (CCAO3) reports having 720 mg of EPA and 480 mg DHA. That seems like a lot more than Vayarin. The trick is comparing apples to apples. CCAO3 provides the EPA and DHA in triglyceride form. It doesn’t contain phosphatidylserine at all. Since these omega-3s are not in phospholipid form, they could end up anywhere in the body. The heart, blood, joints, etc.

Cooper Complete also mistakenly states that the PS is found in krill oil. Krill oil contains less than 1% PS. Enzymotec extracted PC-EPA and PC-DHA and changed the PC to PS through enzymatic reactions.

It’s also interesting that after Cooper Complete’s comparison of CCAO3 to Vayarin’s ingredients, Cooper seemed to criticize the Vayarin studies, which they sort of need to do since their product is not really like Vayarin. So why do they think they are an alternative again?

Before it was discontinued, Vayarin was a good product, but Accentate® is More.

A Mom’s Review of Accentrate

May 25, 2021
Close Menu
By pressing continue you acknowledge that you are signing up for an Auto Ship service. This means Fenix Health Science, LLC, the makers of Accentrate (TM) ,will automatically charge your card on the day it is scheduled to renew. All changes or cancellations must be made prior to the renewal date.
Cancel Continue
×
×