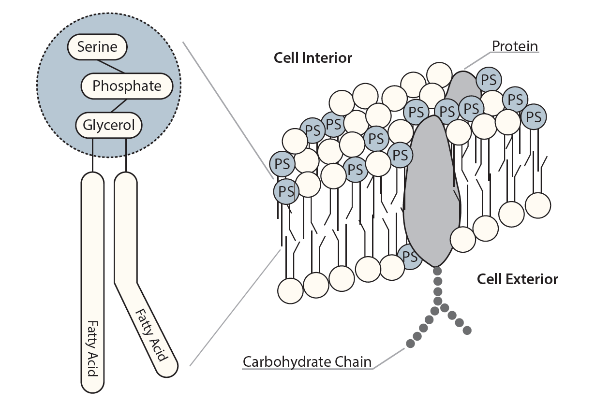 There are many studies from the 1980s showing phosphatidylserine from bovine cortex was helpful in memory, cognition, dementia, and other mental health conditions.

Unlike PS from cow brains, PS from soy and sunflower do not have the omega-3 fatty acids EPA and DHA.

The omega-3 fatty acids in PS from soy and sunflower contain mostly linoleic acid, which has not been show to have the same cognitive benefits that DHA and EPA have.

Studies have been down investigating the benefits from PS from soy. “Tests of learning and memory, choice reaction time, planning and attentional functions were administered at each assessment. Delayed recall and recognition of a previously learned word list comprised the primary outcome measures. No significant differences were found in any of the outcome variables between the treatment groups. There were also no significant interactions between treatment and ‘severity of memory complaints’. In conclusion, a daily supplement of S-PS does not affect memory or other cognitive functions in older individuals with memory complaints.”

It turns out that the benefits from PS from bovine cortex was really the DHA provided in phospholipid form, which is the preferred carrier to the brain. Once the omega-3 fatty acids are in the brain, the brain can change the phosphate heads to make PS. Kim, et al. “Phosphatidylserine in the Brain: Metabolism and Function,” Prog Lipid Res. 2014 October; 0: 1–18.

Accentrate®; provides EPA and DHA in the phospholipid form…the form that is actually in the brain.

Who is Fenix Health Science, LLC?

March 3, 2021
Close Menu
By pressing continue you acknowledge that you are signing up for an Auto Ship service. This means Fenix Health Science, LLC, the makers of Accentrate (TM) ,will automatically charge your card on the day it is scheduled to renew. All changes or cancellations must be made prior to the renewal date.
Cancel Continue
×
×