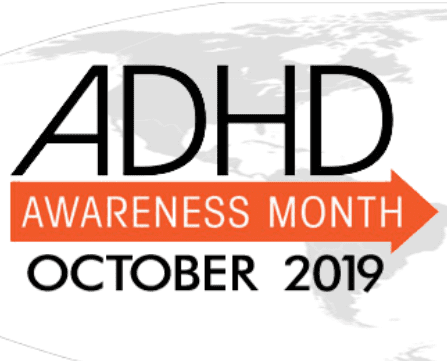 Since October is ADHD Awareness Month we wanted to take a minute and address the fact that people suggest that ADHD is not a real condition, rather it’s just a spoiled child or bad parenting. This simply is not true, and it’s demonstrably false.

Science has definitely shown that ADHD is a condition. Forgetting the self-interest of the pharmaceutical industry, there are thousands of scientific research from academia studying ADHD since 1966. A condition in children somewhat resembling ADHD was first described by Still in 1902.1 Academia has studied the behavior of children, genetics, environment, nutrition, blood chemistry, brain chemistry, the eating habits, studying habits, and more of children that have been diagnosed with ADHD. The clinical diagnosis is measurable and repeatable by a medical practitioner.

It may or may not be overly diagnosed, that is a whole other issue, but it is certainly a thing. The brains of people with ADHD are literally different.

In the largest imaging study of its kind finds that people diagnosed with ADHD have literally altered brains. After using MRI to scan people’s brains, it identified size differences in several brain regions and the brain overall, with the greatest differences seen in children rather than adults. The researchers say that the findings – from brain images of more than 3,200 people – provide strong evidence that ADHD is a disorder of the brain.

“The results from our study confirm that people with ADHD have differences in their brain structure and therefore suggest that ADHD is a disorder of the brain. We hope that this will help to reduce stigma that ADHD is ‘just a label’ for difficult children or caused by poor parenting. This is definitely not the case, and we hope that this work will contribute to a better understanding of the disorder.” -Dr. Martine Hoogman

It’s very important to recognize the reality that ADHD is a real condition. The severity of ADHD and its symptoms vary. But the condition must be accepted so people with ADHD (and their parents) are able to decide how to manage their ADHD.

The exact causes of ADHD are not precisely understood and there are many methods of managing, treating, and coping with ADHD. Ever since our son was diagnosed with ADHD, we’ve always made his nutrition an important part of managing his hyperactivity and inattentiveness. This approach has been very beneficial and we wanted to make it available to as many as we can through Accentrate®.

ADHD As A Difference In Cognition, Not A Disorder: Stephen Tonti at TEDxCMU

October 1, 2018
Close Menu
By pressing continue you acknowledge that you are signing up for an Auto Ship service. This means Fenix Health Science, LLC, the makers of Accentrate (TM) ,will automatically charge your card on the day it is scheduled to renew. All changes or cancellations must be made prior to the renewal date.
Cancel Continue
×
×